Title: The Radical Stark Equation
Author: Rivermoon1970
Fandom: MCU, Eureka
Genre: Contemporary, Crossover, Drama, Family, Hurt/Comfort, Slash
Relationship(s): Nathan Stark/Jack Carter, Tony Stark/OMC
Content Rating: NC-17
Warnings: Torture, Violence – Graphic, Discussion of PTSD, Depression, Drinking
Author Notes:
Beta: AngelicInsanity
Word Count: 50,000
Summary: Nathan Stark now has everything in life he ever wanted except the one thing he always longed for, his brother Tony. They had been close as children but grew apart as Howard fostered competition between his sons. Now, Tony needs him more than ever and Nathan was determined not to let him go so easy this time. Tony Stark thought he had everything he ever wanted, until he attended his brother Nathan’s wedding. An ache for more began to settle inside of him but instead of settling, Tony acted out even more. He made an attempt at repairing his relationship with his brother, then a fateful trip to Afghanistan changed him forever. But, Tony wasn’t alone any longer. He had his brother, and that changed everything
Artist: penumbria 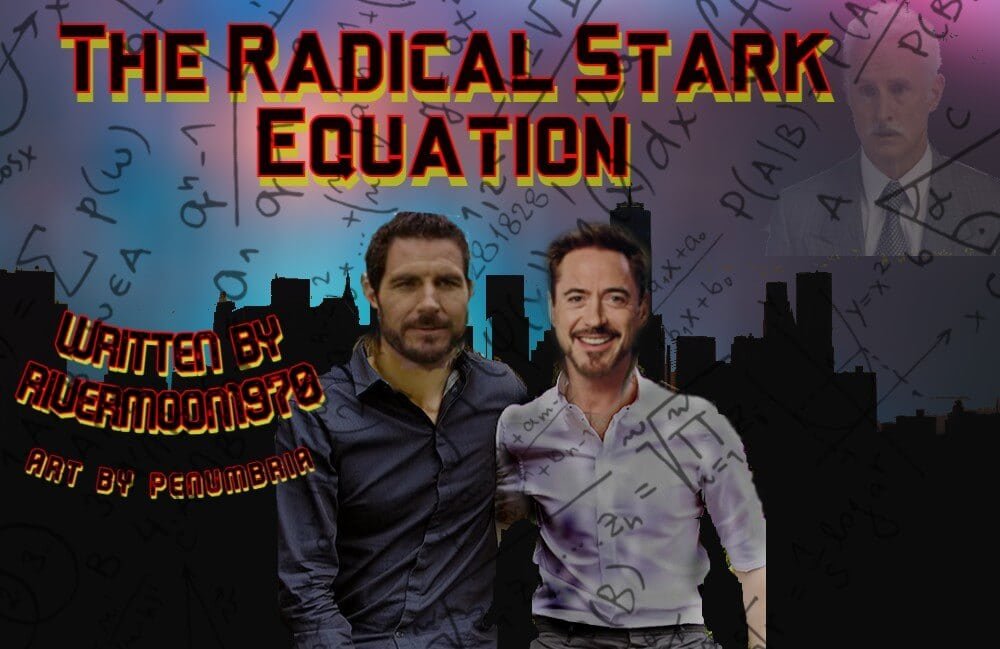 I am a middle-aged geek who has no intentions of growing up. I live with two fur babies and my husband who also does a good job of pretending to be a grown-up. I love comics, fiction books, knitting, ceramics, and fan fiction writing. Oh, and a glass of really good whiskey now an then. I write in a variety of fandoms and am a bit of a crossover slut. I think as long as my mind is my own, I will always find time to create new stories that I hope others enjoy as much as I do.
View all posts by rivermoon1970 →