Final Breath Still Trapped Behind My Teeth by Spiralgal

Title: Final Breath Still Trapped Behind My Teeth
Author: Spiralgal
Fandom: Final Fantasy XV
Genre: Fantasy, Action Adventure, Pre-Relationship, Slash
Relationship(s): pre-Nyx Ulric/Noctis Lucis Caelum
Content Rating: Teen
Warnings: Violence-Canon-Level, Discussion-PTSD, Discussion-Trauma, Discussion-Self-Image-Issues
Author Notes: Just before the fic starts the main character is burning up in a magical fire. The prologue puts that fire out, and it’s inevitably slightly painful. He has scarring from this and there is a scene where he confronts and tries to cope with those scars.
Beta: Jahaliel
Word Count: 54,800
Summary: Nyx Ulric was meant to die with the dawn but finds himself stumbling out of Insomnia, somehow still alive. Barely holding himself together, he is found by Prince Noctis Lucis Caelum and his retinue. Desperate for a purpose and lead by the words King Regis’ ghost, he joins the group as they begin a journey to reclaim the kingdom—or is there perhaps some other purpose waiting for them?
Artist: Leilsilver 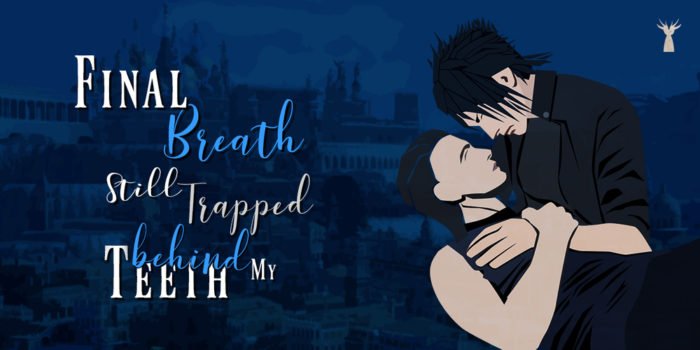 I have three “Discussion” warnings on this. I’m never in-your-face about it, but these are things that are all subtext at some point.

Discussion-Trauma:
The narrator has lots of trauma that he deals with by ignoring it. He has a couple coping mechanisms, particularly at the start, but mostly he just pretends really hard that everything is fine. All the characters share the trauma of “we just lost our home and kingdom” and it’s canonical that they pretend they’re fine.

Discussion-Self-Image-Issues:
The narrator has a history of devaluing himself. There is one instance where he thinks someone is disgusted by his new scars and starts to have an anxiety attack. He gets derailed before that can happen.

Many thanks to Jahaliel for betaing my story and blessings on her quick turnaround time.

And thank you to Leilsilver for doing the art for my story and the cast images, and being patient with me as things shifted between my rough and final draft.

Sidebar:
At one point a character asks for a “PowerUp” when drinks are being handed out. This is just a fantasy expy of a sports drink. Technically I took the name from Poweraid, but the P actually comes from Potion. In game lore hints that Potions are a sports drink and only have magic properties when used by the team because of Noctis. Since I already broke that lore for reasons, I didn’t want to have to bring it back to explain a character drinking a healing potion with their dinner. 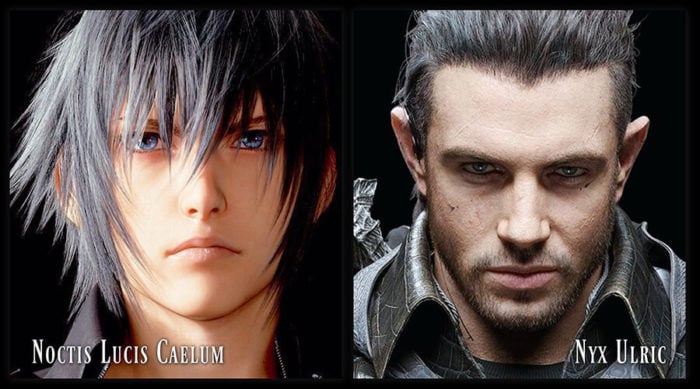 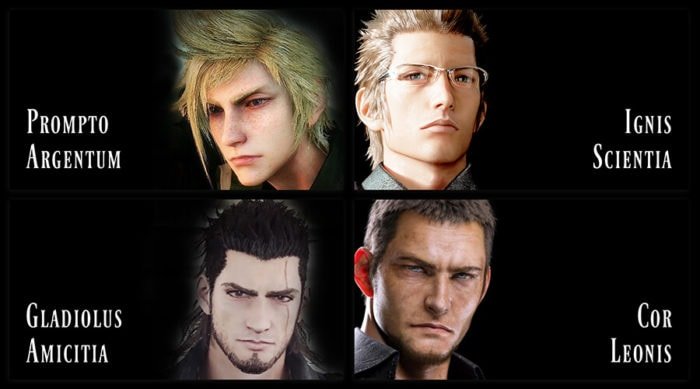 Mid-twenties female. I have been participating in small challenges for a couple years, often falling short of the goal. When the FFXV fandom consumed me, I soon got to the point of needing to write to fulfill my craving, and then this challenge came along. Combined with an abundance of writing time at my new job, I decided to go for it. This will be my first bonafide, 100% complete fic, even if the story will go on in sequels.
View all posts by Spiralgal →