Series: Gra’tua
Author: Keira Marcos
Fandom: The Mandalorian, Star Wars
Genre: First Time, Kid!fic, Romance, Time Travel
Relationship(s): Din Djarin/Cara Dune, The Armorer/Paz Vizsla, OC/OC
Content Rating: NC-17
Warnings: Slavery, Canon Typical Violence, Explicit Language, Explicit Sex
Author Notes: Slavery is a canon concept in Star Wars but it’s not one I focus heavily on in the series. I warned for it just as a head’s up. Special thanks to my Alpha readers Jilly James & DarkJediQueen and my Betas Chris King & Ladyholder. This fic started out as some wistful idea and it bloomed organically out of me in a way all good ideas do. It wouldn’t have been the same without Jilly’s epic support throughout the entire writing process.
Beta: Chris King, Ladyholder
Word Count: 221,000
Summary: Din Djarin lost everything so slowly it was almost survivable. With a broken and failing heart, he comes face to face with two Force Spirits who ask him to sacrifice everything for another man’s son. Along the way, he’ll get a chance to save his own and bring together the tribes of Mandalore once more.
Artist: Mizu 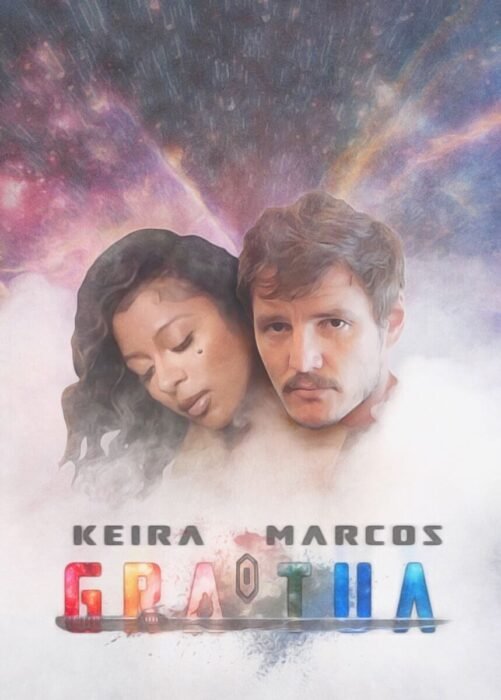 A Note About Casting

The original actress that played Cara Dune for the series The Mandalorian is problematic, but I’ve chosen not to allow her bad behavior to sour the character for me. To accomplish this, I recast the role and chose Gabrielle Union. Physically, they are very different but I wanted to focus on the internal strength and vitality of the character. I chose a woman who embodied that for me. I’d rather not have comments about my choice if you have a problem with her ethnicity. Seriously.

Cara Dune demonstrates a physicality in the series that is on par with the original actress. To account for this I’ve tweaked the canon a bit to make Alderaan a high gravity world–thus Alderaanians are very strong-bodied naturally. This also made it easier for me to believe that Leia Organa was able to strangle a Hutt, a species that weighs over a thousand pounds as adults.

Casting images are available on the individual parts. Avoid them until after you’ve read the first book if you’d like to avoid spoilers.